In the second half of October, a delegation from VNG International headquarters in The Hague visited Hargeisa, Somaliland for the DANWADAAG programme. During this field visit, the DANWADAAG consortium plans for 2023 were finalized and discussed with the presence of the key stakeholders during the Advisory Committee meeting (AC). The Advisory Members provided the consortium with useful feedback that will be incorporated in the planning for 2023. An update about this event can be found here. In the days after the advisory committee meeting, several discussions were held with VNG International's sister organization in Somaliland, the Association of Local Government Authorities of Somaliland (ALGASL) on the exact working modalities for the joint design and implementation of several activities for the DANWADAAG programme under outcome 3. These plans were sealed by the signing of a new Memorandum of Understanding. 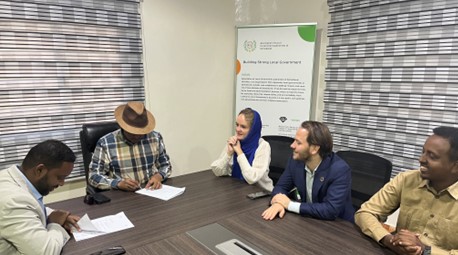 Besides the advisory committee meeting, the Embassy of the Kingdom of the Netherlands in Kenya, organized an in-person learning meeting with several consortia and partners who are active in Somaliland and Somalia, which took place from 24 to 26 October. Several representatives of the different consortia were present and discussed the progress made since the start of their programmes. This resulted in interesting discussions on safety, security and conflict sensitivity, the updated Multi Annual Country Strategy of the Embassy, programme approaches like PDIA and thinking politically, a joint learning agenda and the role that the diaspora plays in development programmes. 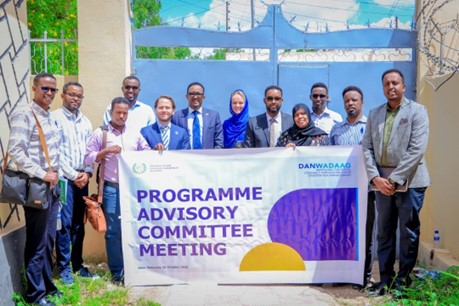 The day after the conference, a delegation of the Embassy accompanied VNG International’s team whilst visiting the newly established DRM Unit of Hargeisa municipality. The DRM unit was established at the initiative and with the support of the DANWADAAG programme. It is the first unit within a municipal department in Somaliland specifically focused on DRM. During a presentation the head of the DRM unit shared the developments of the past period and plans for the coming year.