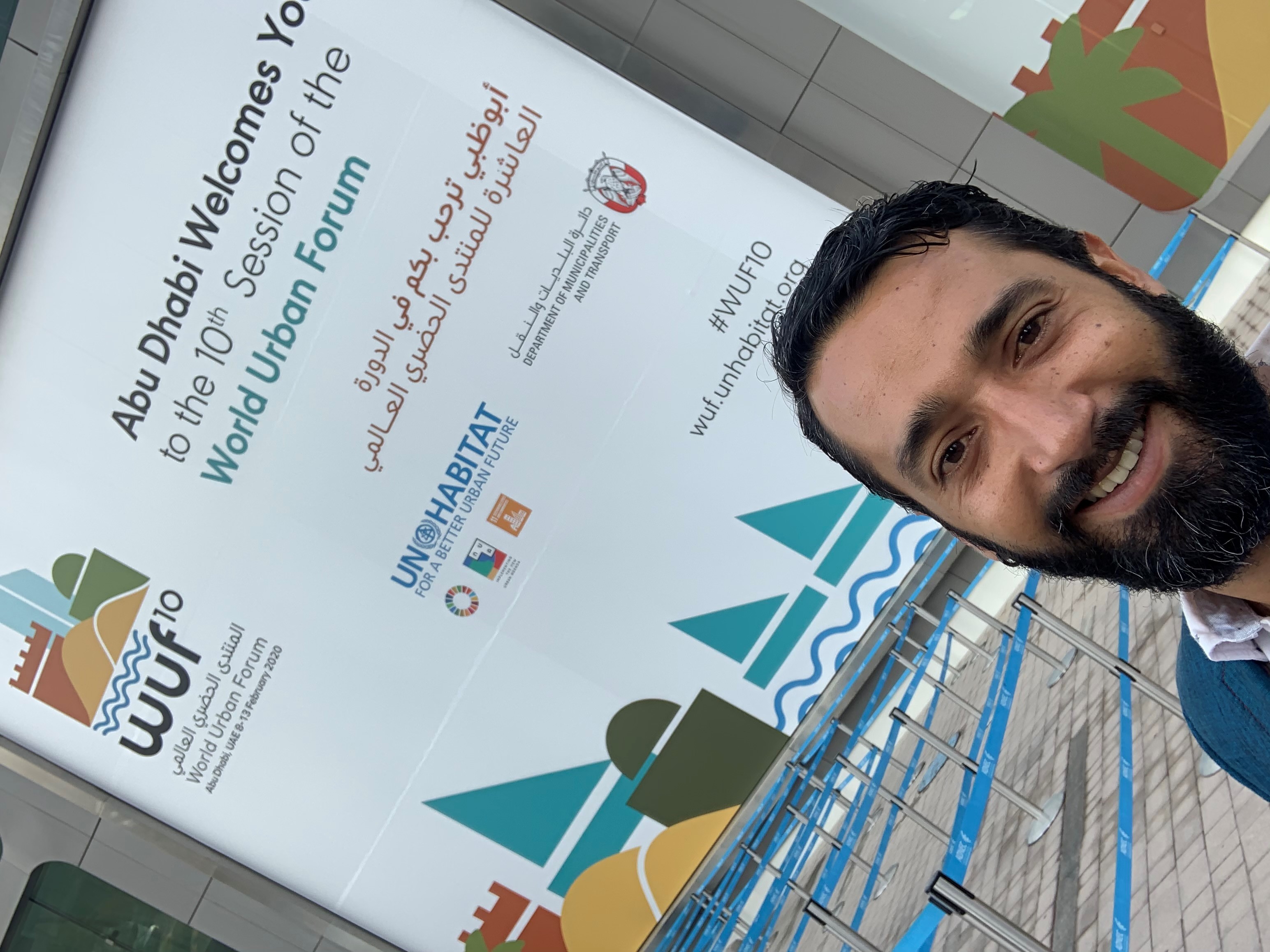 Walking into the WUF10 for the very first time was an astonishing experience. The size of the venue, the amount of people, the diversity of nationalities, the impressive amount of sessions and even suspicious amount of parallel activities, and the perfect (yet material/energy/carbon-intensive) organization; everything was disproportionate. As a governance ambassador and scientists in the sustainability world, I can only say that I felt like attending, and I would like to quote some words I read on Twitter during the forum, "the Olympics for sustainable urban planning".

At the beginning everything looked different and excessive in comparison to any other (scientific) conference I have previously attended. The single-topic oriented event and the complexity of the agenda were different and unique to my eyes. Despite the diversity of themes announced for the presentations, along the days these themes started to blend and the sustainability discourse became a single one; one appealing to the same recurring issues in cities. Still, the forum was heavily charged on different views, approaches and discussions on urban settlements and cities’ case studies. So, first-glance conclusions became “easier to draw”.

The appropriation and implementation of the “New Urban Agenda -NUA” by local governments needs to be a priority if we are to achieve the sustainability goals. Charlina Vitcheva, director of the EU Joint Research Centre pointed out that 65% of the SDGs targets can only to be accomplished at the city level. A statement seconded by Ani Dasgupta, Global Director at the World Resources Institute WRI Ross Center for Sustainable Cities. With this in mind, I can only agree with a first reflection from Irene Oostveen, senior project manager from VNGi: "Why city mayors worldwide are not here?".

From the sessions I prioritized – each attendee must have figured out a unique and personalised agenda for the forum –, I would like to highlight the following reflections:

Similar to most countries, Colombian local governments were absent. The national government was represented by the Minister of Housing, who addressed the national policies on housing and the country’s commitment with the sustainable development goals to 2030.

Despite Colombia having the first national strategy on circular economy in Latin-American, its leader, the Ministry of Environment, was not present.

About the Colombian cities, I came to learn, not only from the sessions in the official agenda but also from the networking and interaction with other attendees and colleagues, that Medellín is perceived as the leading city on sustainability in Colombian. As a matter of fact, the former mayor from Medellin, Federico Gutierrez, was invited by UN-Habitat to give a presentation; from my point of view an engaging, full of facts, and inspiring one. I would like to point out that among the ten mayors in his session, Federico was the only one to stand and interact with the audience during his talk. A demonstration that leaders need to get in closer contact with people.

Those of us involved in sustainability science and governance must do better at raising awareness among politicians and mayors on how important is for them to engage in this type of events. UN-Habitat could do better to make sure that the world leaves no one and no place behind.

Finally, I can only dream of a next WUF, with all carbon budget offset. Leading by example.