Working on waste, what does that have to do with water? Well, quite a lot. The two sectors cannot be more interlinked.

In Pathein, but also the Ayeyarwady Region, plastic waste often ends up in the drainages and ultimately in the river and the ocean. At township level, this entails complete wards are flooded during rainy season, because the drainages are clogged. At region level, plastic waste ends up in the river and ultimately flows into the ocean. 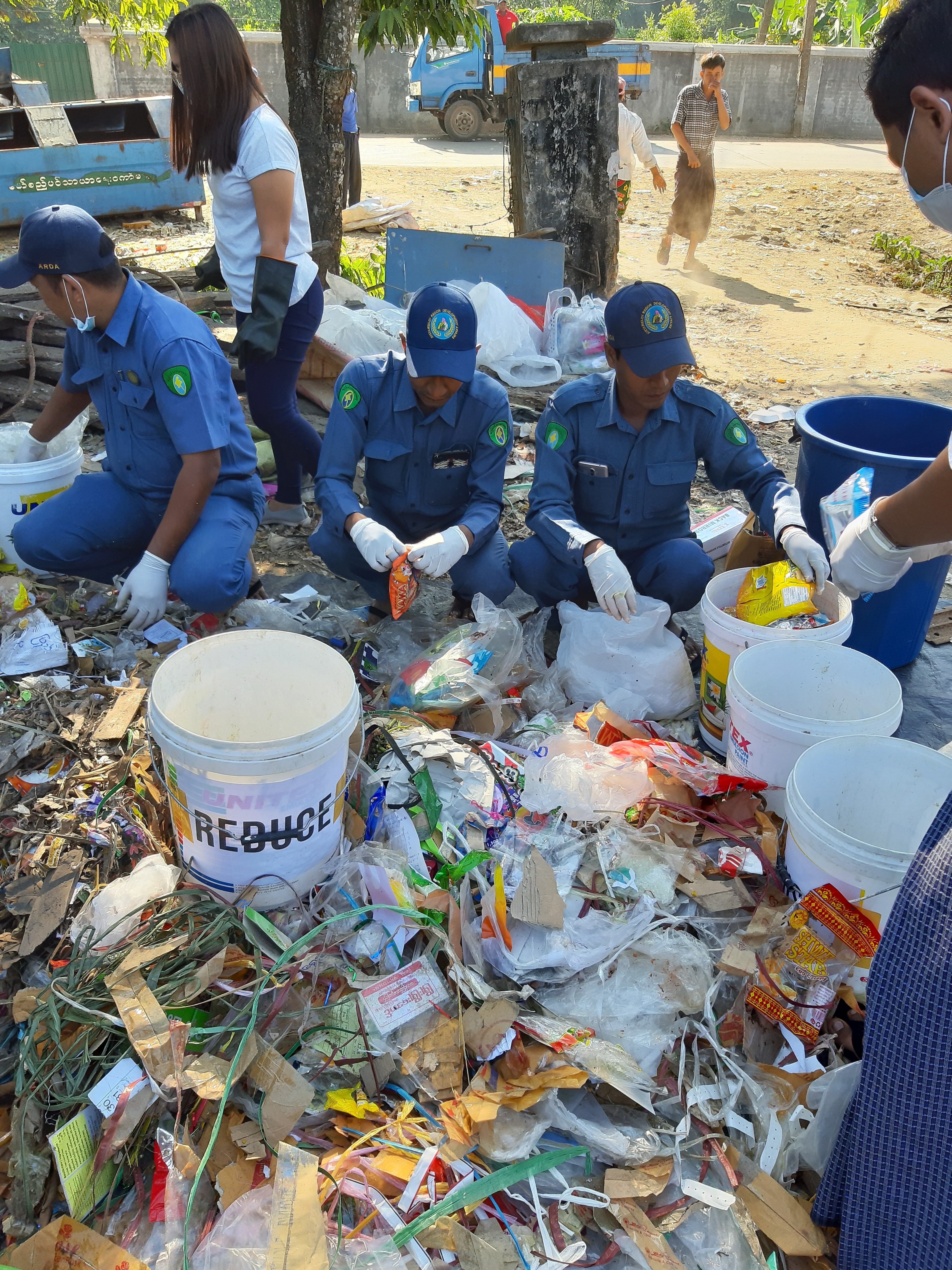 In the basis, the issue is about solid waste management. Because, if that goes well, plastic won't end up in the drainages, rivers and oceans. Therefore, for the DEALS programme in Pathein, Thant Myanmar conducted a waste audit from the 9th to the 11th of December. Knowing what your waste consists of and who are – informally – involved in the waste sector are the nucleus of ameliorating your waste management process. Further, Thant Myanmar worked in coordination with Clean Pathein on waste reduction awareness. Having a better collection system would in theory only make the waste process more difficult, when more waste ends up on the dumpsite. Thus, besides enhancing the waste system, waste at the source should also be reduced.

Learning from the other

One thing is for sure, 2020 will be full of development and activities for DEALS Pathein.

Picture: Waste audit with the help of the PahteinTownship Development Affairs Organisation