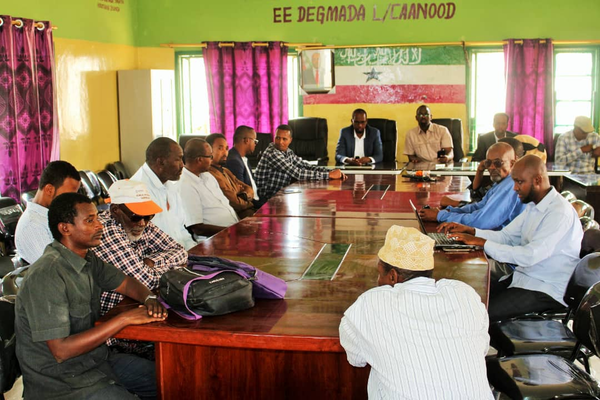 On 24 and 25 March 2019 ALGASL conducted a membership expansion workshop in Lascaanood for the six remaining non-member districts located in the far-east of Somaliland (Dhahar, Badhan, Xudun, Buuhoodle, Taleex and Laasqorey). Already in 2018 ALGASL increased its members from 10 to 17 electoral districts. During the workshop in March the six districts were convinced of the added value of the association for their districts in lobby and advocacy but also service delivery. With these 6 districts joining ALGASL, the Association of Local Government Authorities of Somaliland (ALGASL) is currently representing all 23 electoral districts throughout Somaliland. This is a huge step in increasing both the institutional and financial sustainability of the association.Following the workshop the new members officially signed the membership list and announced that they will adhere to the membership obligations for receiving the services provided by ALGASL to their member districts. Finally, ALGASL urged the new districts to act according the updated constitution and strategic plan and advised the new members to  pay the annual subscription fee, while considering the level of fragility of these districts.

The workshop was organized in light of the the Inclusive Decisions at Local Level Programme (‘’IDEAL’’) which is funded by the Netherlands Ministry of Foreign Affairs and implemented by VNG International in partnership with ALGASL.