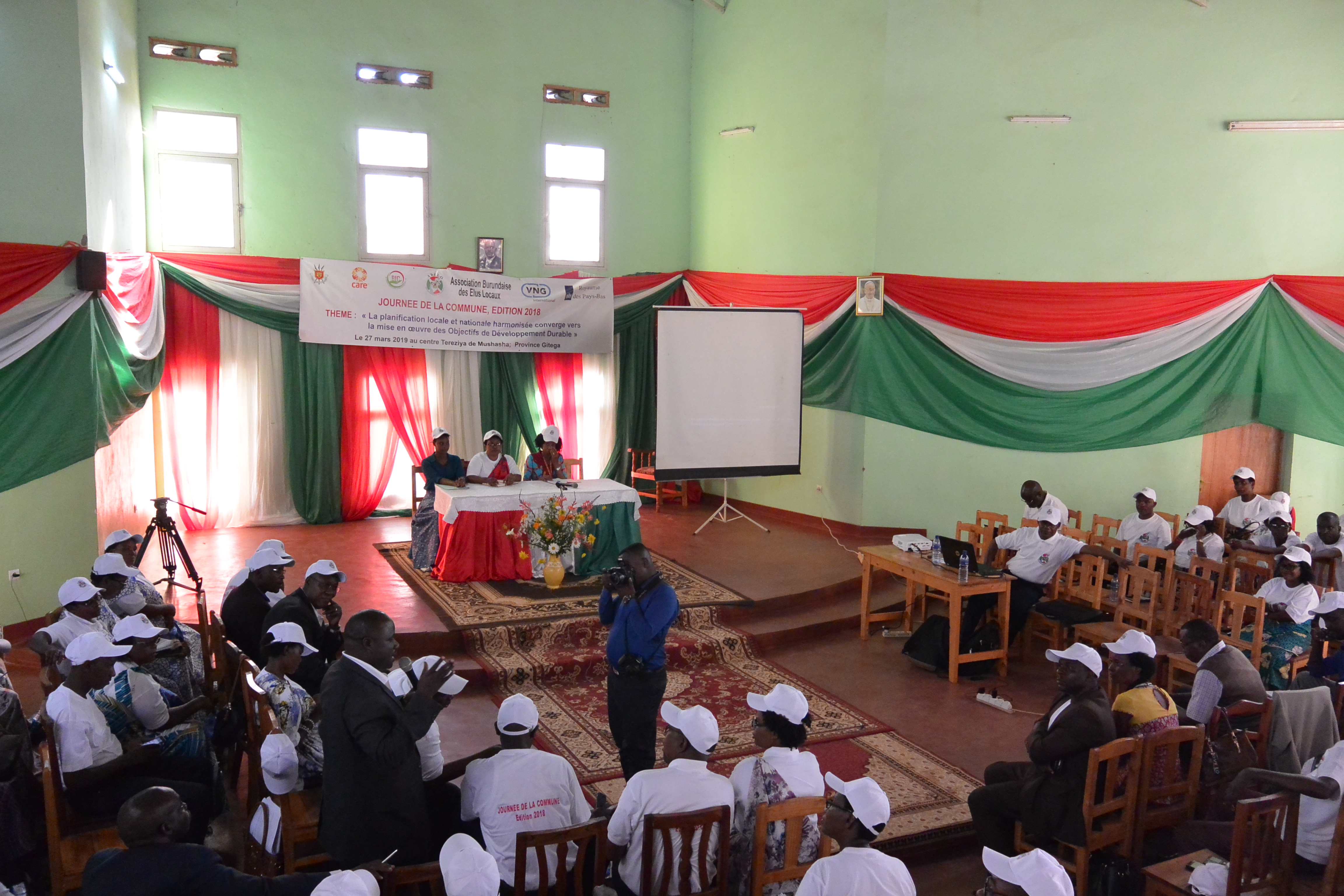 In the last week of March, I was in Burundi for an important visibility event.

The association of municipalities in Burundi (ABELO) organised the yearly “Journée de la Commune” (day of the municipalities) on the 27th and 28th of March 2019 in Gitega, in the Tereziya center, with support from the IDEAL Burundi project.

This event was marked by a series of presentations and testimonials on different themes, not only presenting the annual report and results of ABELO to its members, but all with the aim of sharing good practices on the one hand, and to draw the attention of the municipal administrators on certain difficult aspects of local governance on the other hand.

Commitment
The lessons learned provided food for thought for all municipalities, and even caused a shared commitment among them to periodically save part of the budget of their respective municipalities, in order to finance the 4th generation of PCDCs that will take place from 2023 until 2024.

For more information on this event, and our activities in Burundi in general, please visit: https://rsr.akvo.org/en/project/5678/update/26528/