17 years after the last Local Council I elections were conducted, over 60,000 villages across Uganda went to the polls to elect their local council leaders on July 10th 2018. By having the elections successfully concluded, it leaves an enormous responsibility on the newly elected Local Council leaders, most especially within the refugee hosting districts. The Local Council Chairpersons have to brace themselves for the challenges attributed to the self-settled refugees in the refugee hosting districts including Koboko Municipal Council. 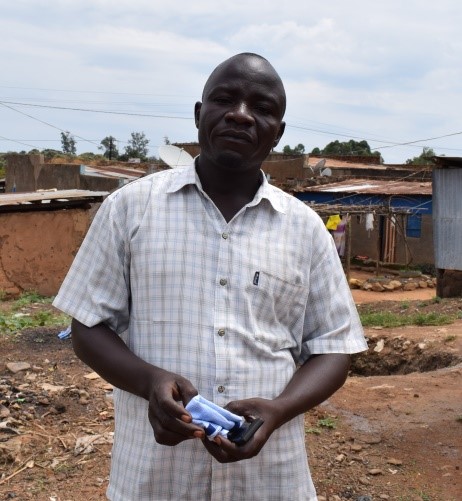 Many of these refugees have moved from the designated settlements camps and sought refuge in the urban centres because of difficult conditions and challenges they have experienced in the settlements. Mr. Boyi Kassim Bashir, the newly elected Chairman of Triangle Cell, Triangle Ward, North Division, Koboko Municipal Council acknowledges that the self- settled refugees pose one of the biggest challenges for the Local Council structures, whilst they have no particular solution in sight to deal with the challenges of refugee influx.

“…the refugees stay in very congested settings, with little or no space to share; these pose challenges such as poor sanitation and drainage, sharing the limited water points, inadequate food to feed the families and lack of livelihood opportunities within the urban settings. Many of the refugee children stay home and are unable to attend school because their parents cannot afford school fees and other scholastic materials. As the local leaders, we have to deal with the fact that some refugees cannot afford to pay rent, buy food, afford medication for their families and send their children to school while living in these urban settings. Sometimes we come in to deal with conflicts that arise as a result of defaulting to pay, children hanging in the neighborhood in the hope of getting something to eat, or even engaged in petty theft because of hunger…”

It is evident that the Local Council structures will play a critical role in forging harmony and co- existence between the refugees and the host communities in the wake of the diverse cultural differences and economic conditions in which the refugees live. The Local Council Courts Act 2006 and the Local Governments Act CAP 243 empowers the Local Council I structures to operationalize the village courts that are mandated to handle community level disputes such as debts, assault, damage to property, trespass, disputes in respect to customary laws (land, marriage, divorce and inheritance) and other ordinances in relation to children. With the influx of refugees and the related challenges attributed to cultural differences, absence of livelihood opportunities, congestion and extreme poverty conditions, this presents a huge encumbrance to the mandate and capacity of the Local Council I structures within the refugee hosting districts.

The dilemma for the new village leadership stems from the fact that they have to deal with refugees who are desperate for help and yet may not understand the legal implications of some of their actions or inactions. This presents the burden of creating awareness among the refugee communities and providing the Local Council leadership the necessary support to ensure the rights of the refugees are upheld while they adapt to the social cultural norms within their new found homes.