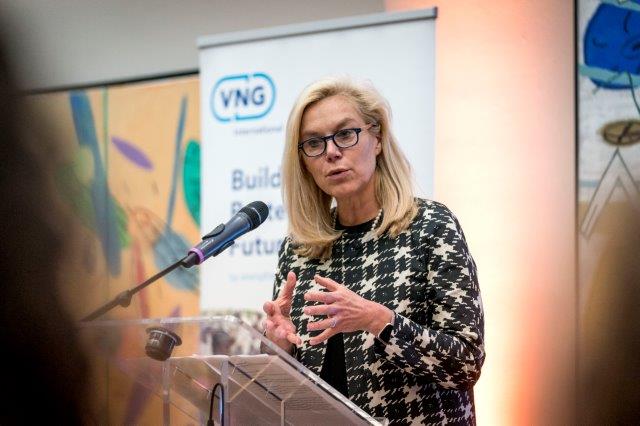 The Dutch Minister for Foreign Trade and Development Cooperation, Ms. Sigrid Kaag, held a speech at VNG International’s new year’s reception on Friday 18 January. For the more than 200 representatives of Dutch municipalities, foreign Embassies to the Netherlands, Dutch ministries and civil society organisations, she expressed her great appreciation for the work VNG International and Dutch municipalities are doing in international cooperation. 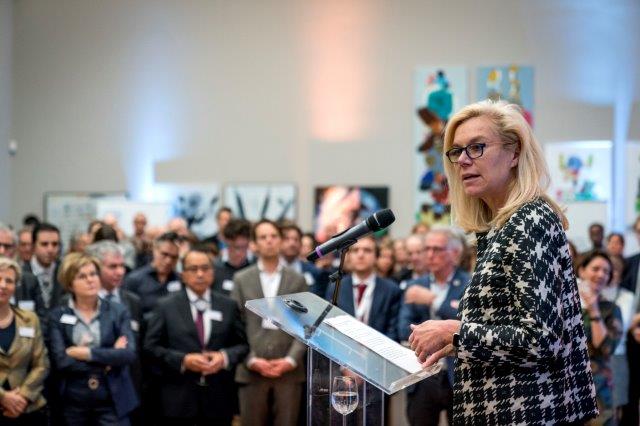 Referring to VNG International’s slogan, the minister underlined the importance of well-functioning (local) governments for ‘Building Better Futures’ for citizens, for creating a stable and enabling environment for social and economic development. She praised VNG International for its important contribution in that respect.
Also in relation to the implementation of the SDGs, she expressed how important the partnership with VNG is for the Dutch government, both in the Netherlands as in international cooperation. She called the contribution of VNG and Dutch municipalities ‘indispensible’. 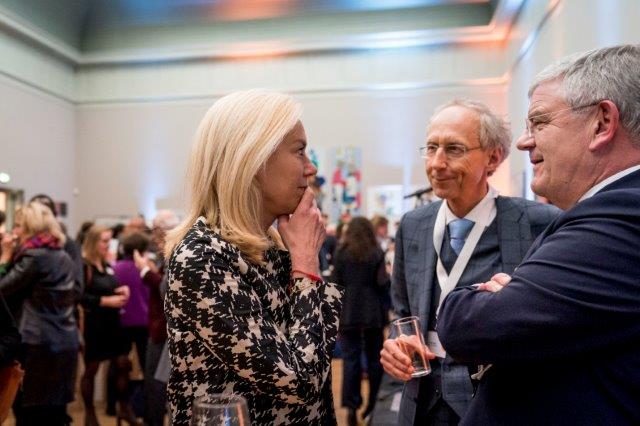