Participation in practice: study visit by the Union of Municipalities of Turkey to the Netherlands 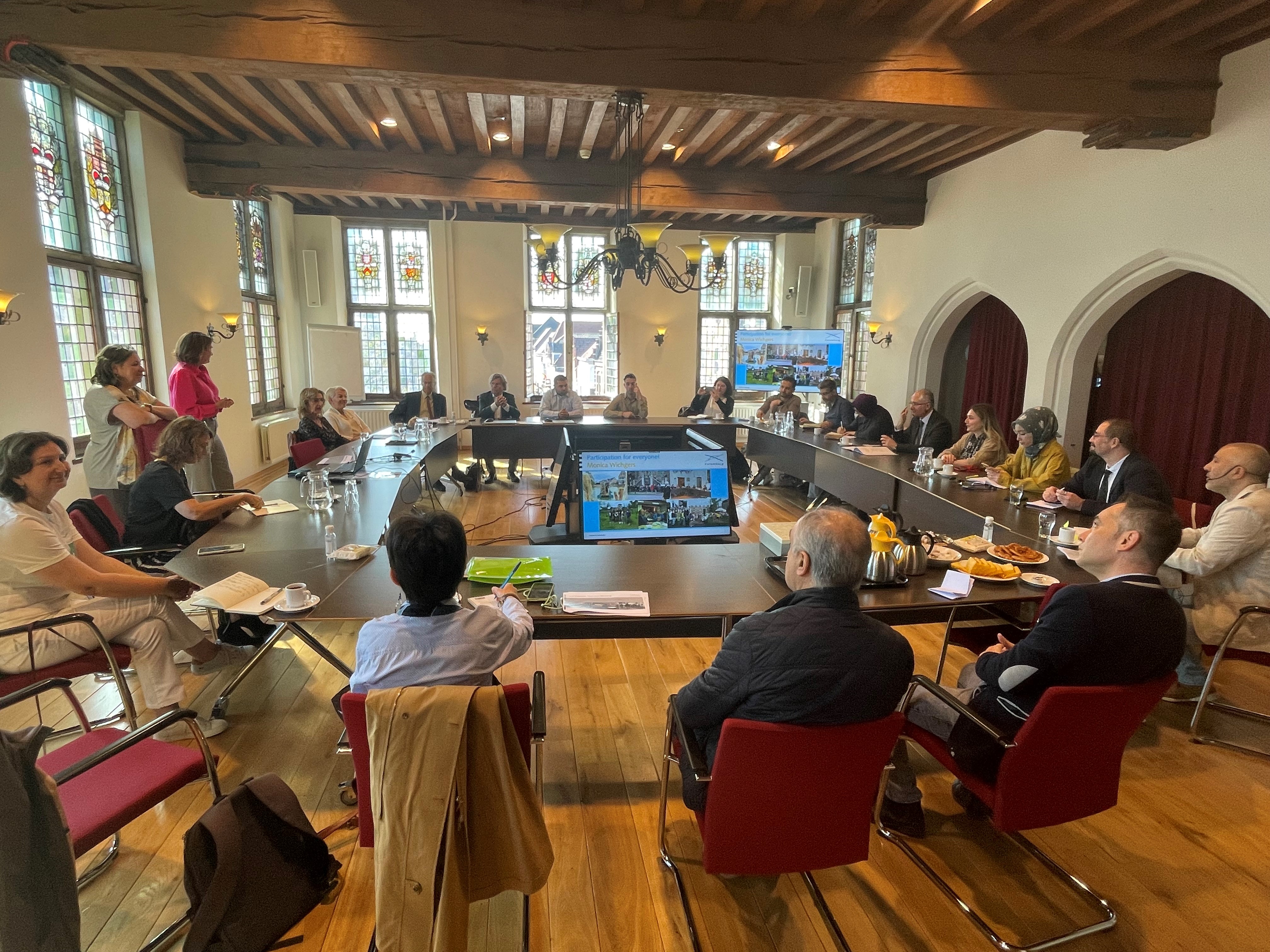 From 19 to 21 April, a study visit to the Netherlands was held, as part of the MATRA-CA project, which aims to strengthen participatory practices in Turkish municipalities. The project titled Municipal Authorities in Turkey Realising Alliances with Citizens’ Assemblies (MATRA-CA) is funded by the Ministry of Foreign Affairs of the Kingdom of the Netherlands via its representation in Ankara, and implemented by VNG International in partnership with the Union of Municipalities of Turkey (UMT). The purpose of the project is to contribute to good local governance in Turkey by way of strengthening participatory mechanisms. The specific objectives are strengthening participatory processes in three Turkish municipalities, improving participatory decision-making methods at local level, and supporting UMT in disseminating public participation capacity across Turkey.

As the project focusses on disseminating procedural participation practices, a team of trainers composed of eight UMT officials is being trained through a series of workshops on public participation and facilitation techniques. To complement this training of trainers programme with concrete on-site observations, and exchange of experiences among Turkish and Dutch counterparts, a study visit was organised to The Netherlands. The objective of the study visit was for the UMT Team of Trainers to experience Dutch municipal practices, and VNG practices in the field of public participation. The study visit consisted of a three-day program, which centred around three key dimensions of observation, namely the national union of municipalities (VNG), a large-scale municipality (Amsterdam), and small-scale municipalities (Culemborg and Zeist).

The first day at VNG provided the UMT delegation with interesting examples on how VNG as a national union of municipalities works on supporting Dutch municipalities in the field of civil participation. Various topics, such an introduction into the Dutch system of governance and different methods of participation were highlighted in the presentations. The visit of the UMT delegation to VNG also provided an opportunity for fruitful high-level exchanges between the Deputy Secretary-General of UMT and the Deputy General-Director VNG on possible fields of further co-operation. 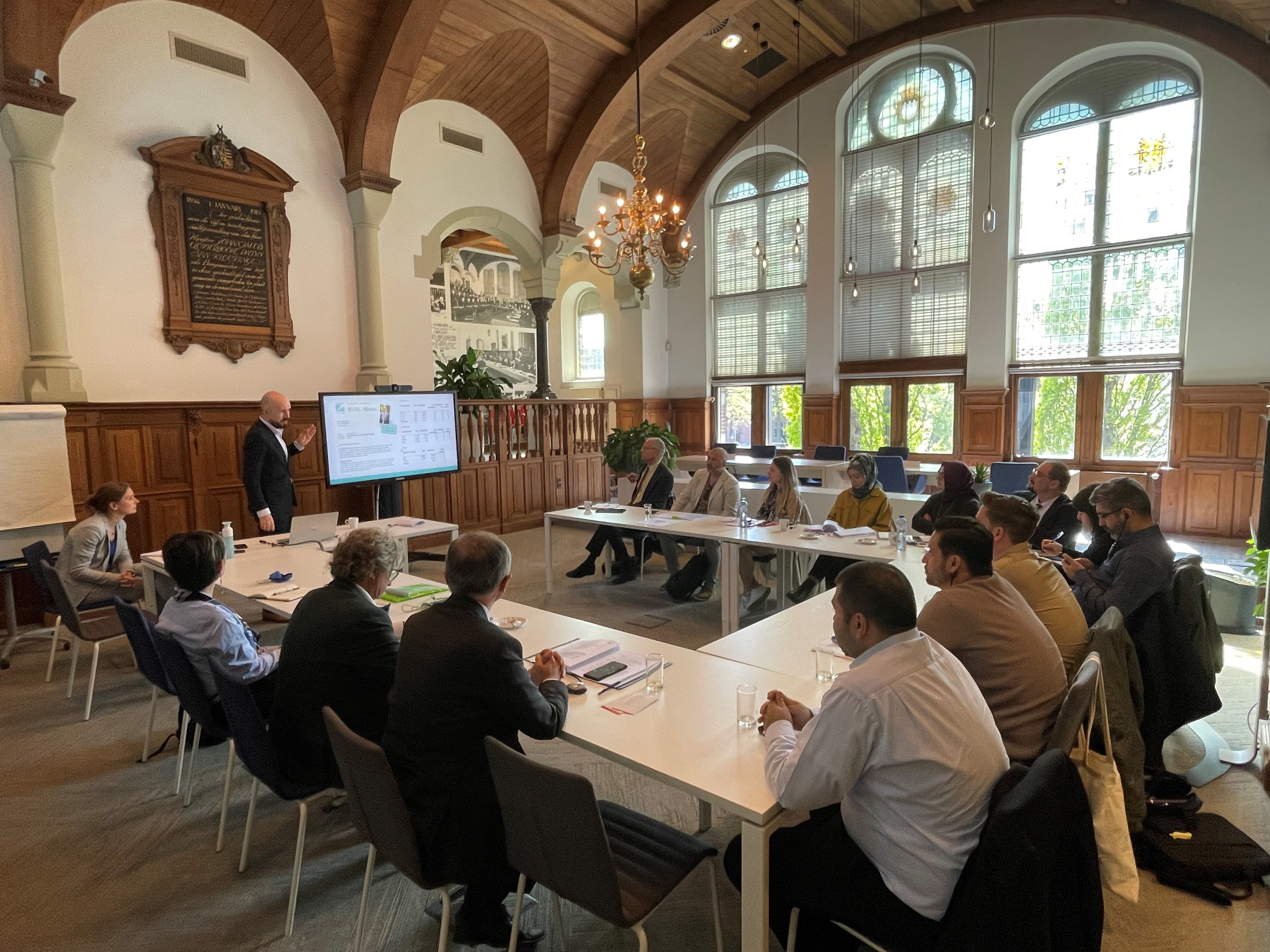 On the second day of the program a trip to Amsterdam was organized, in which the participants saw firsthand how civil participation was stimulated by initiatives such as Openstad and Play the City, and by organizations such as Meerdemocratie. These presentations effectively showed how Dutch citizens are provided with participatory tools and given a voice in governing their own city through innovative methods. A visit to De Hallen and a boat tour through Amsterdam’s canals provided some real-life examples of buildings which were renovated trough civil initiatives.

On the final day of the program the municipalities of Culemborg and Zeist were visited. In Culemborg, practical examples to tackle civil participation were observed. Presentations by representatives of the Municipality and community representatives provided examples of intercultural exchange and neighborhood initiatives. The UMT delegation also visited Bolderburen where detailed information on the operation and the participatory approaches of the community centre was obtained. In Zeist, the municipality presented some of its innovative participatory mechanisms such as the Maaltijd van Zeist (Meal of Zeist) and Burgerberaad (Citizens’ Deliberation), in which citizens were invited to work with the municipality on collecting their ideas and even deciding on the municipal budget. 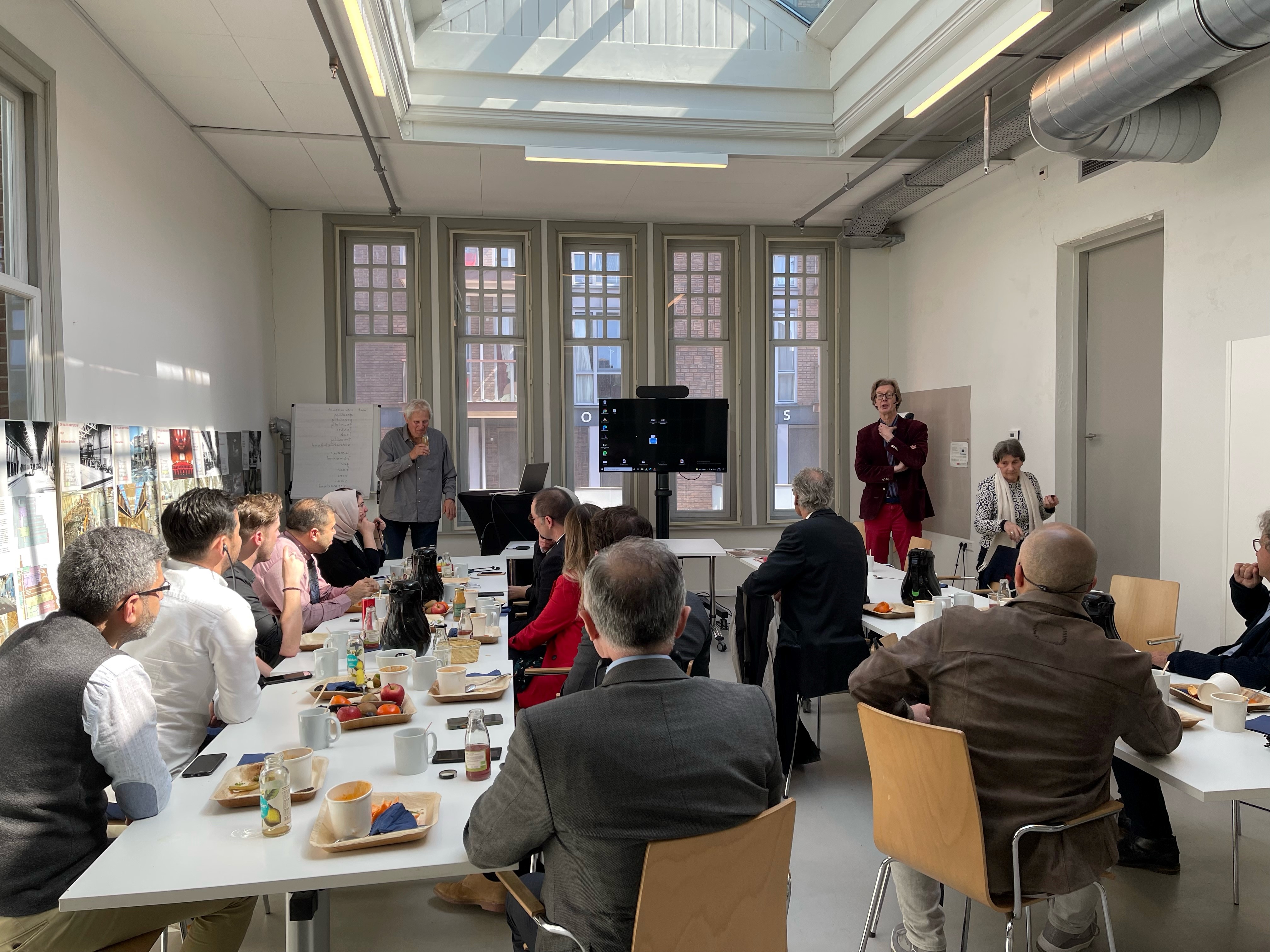 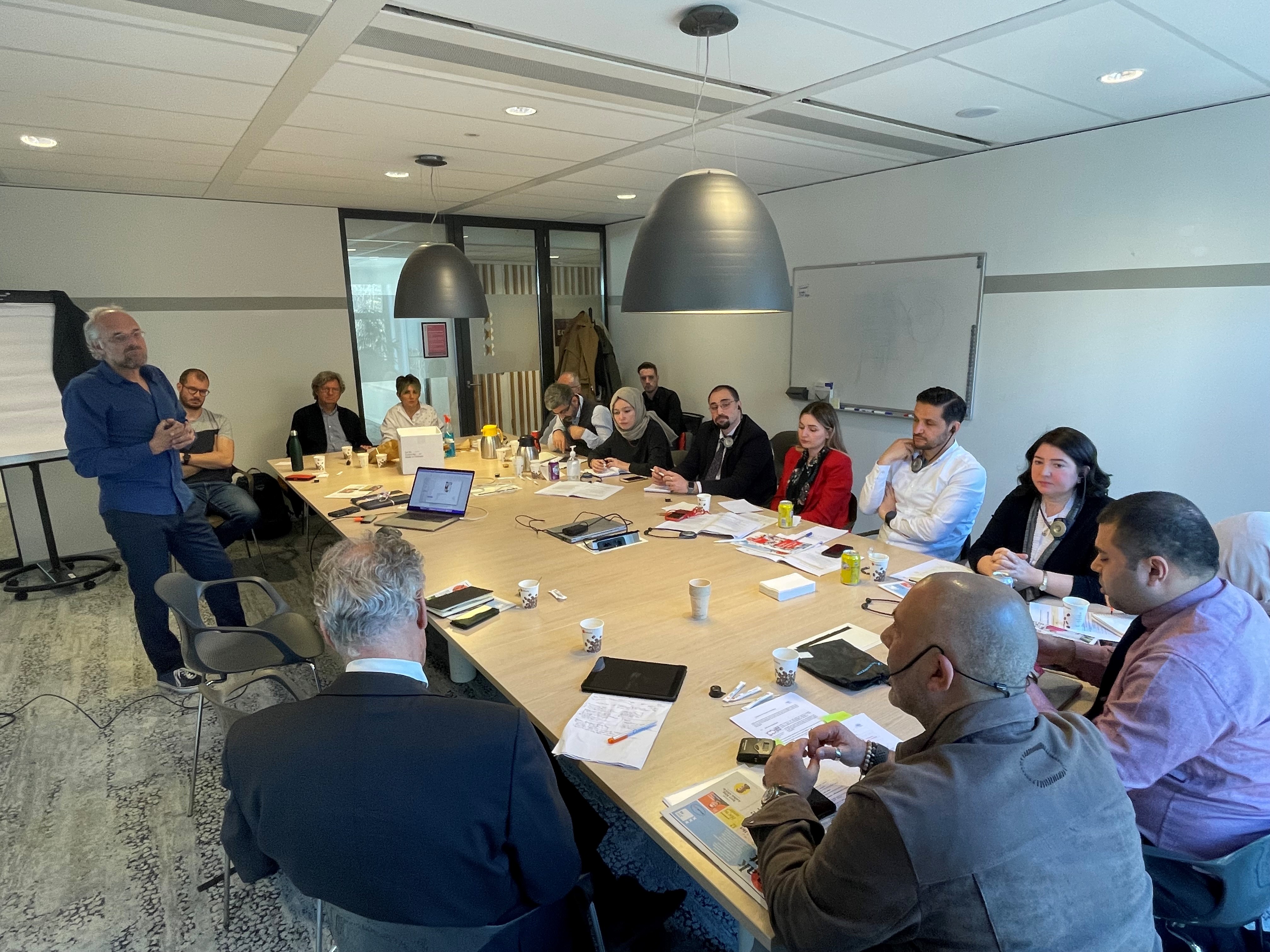 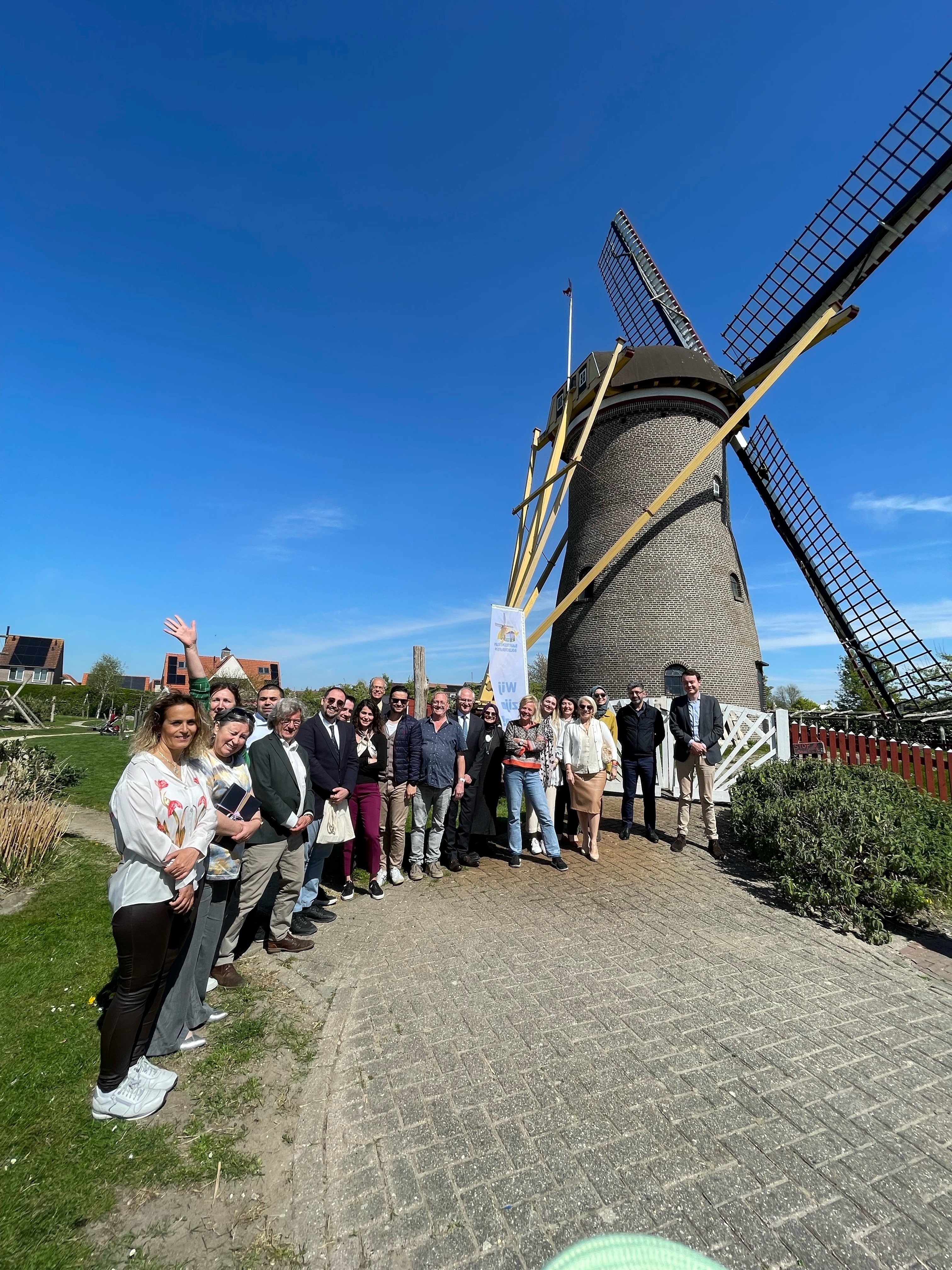