Created in November 2018 by the Beninese state, the Société de Gestion des Déchets et de la Salubrité Urbaine du Grand Nokoué (SGDS-GN SA) has become an important structure in the waste management chain in the municipalities, including the municipality of Sèmè-Podji. This structure benefits from public financial support and the political support of the State. The advent of this company has greatly changed the importance and role of the town hall in waste management. It was therefore useful for the two actors to agree on the roles of each party in waste management.

Within the framework of the DEALS Sèmè-Podji project, the focal team 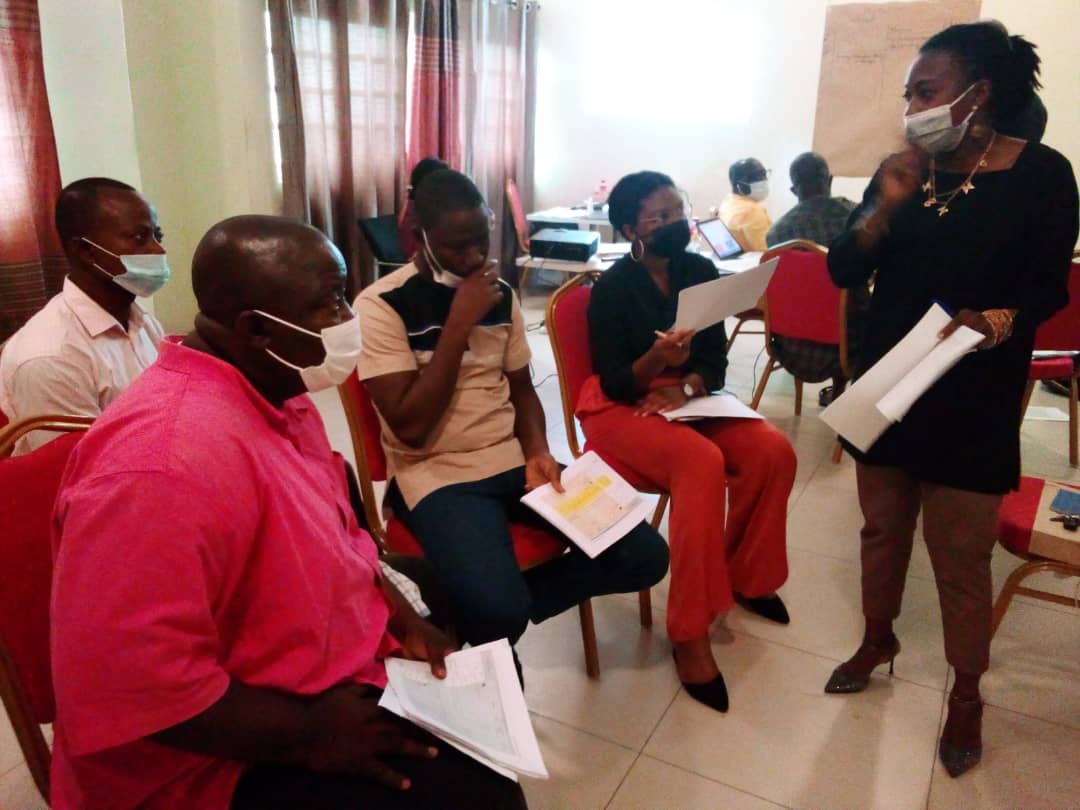 benefited from coaching that facilitated a process of building synergy between the SGDS and town hall.

The main conclusion of the facilitation process is that the SGDS officers and Sèmè-Podji town hall all agree that both the SGDS and the town hall have complementary roles to play for the success of a professional household solid waste management.

During the process that led to a synergy workshop, each of the stakeholders expressed their views on the distribution of responsibilities, and after fruitful discussions and group work, a distribution model was adopted by the two stakeholders.

This model takes into account the segments of responsibility related to pre-collection, valorization, sanitation and monitoring & evaluation.

This general agreement is a decisive and important step towards strengthening the anti-silo approach advocated by the DEALS Sèmè-Podji project.

The next steps will be to accompany the concrete implementation of this global agreement and, if possible, to facilitate its scaling up in the relations of the SGDS with the four other municipalities of the Grand Nokoué. 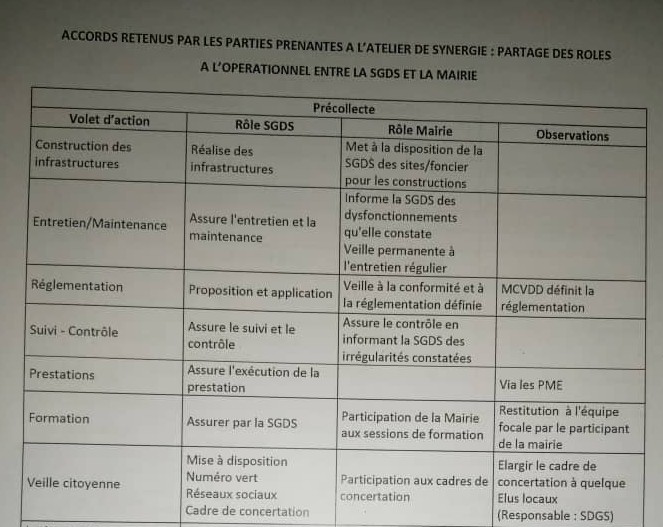