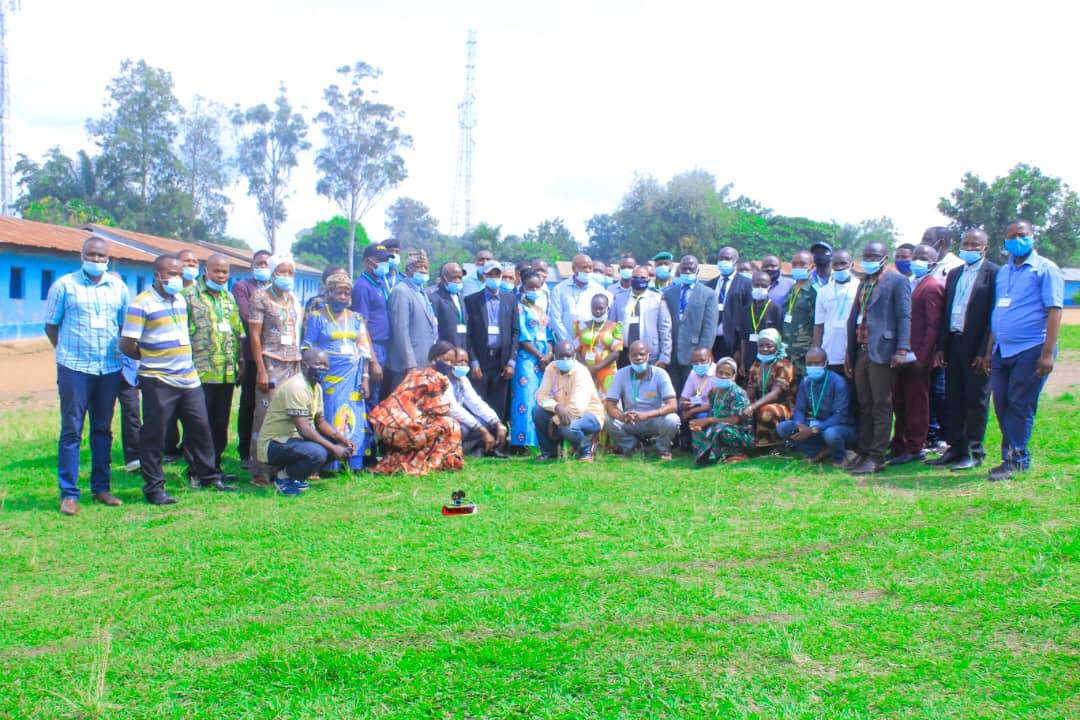 In the East of the Democratic Republic of Congo, in the Province of Ituri, the VNG International and Cordaid consortium has been implementing activities in support of the inclusive governance of security and justice for social cohesion through the ESPER programme since December 2020, when it was officially launched.

This programme, which accompanies the Congolese government, offers the province and the territorial administration capacity building to contribute to the stabilisation and improvement of security and judicial governance for the implementation, including the monitoring of the Plans d’Action de Sécurité elaborated in concert with all the representative social strata of Irumu Territory.

To provide quality services to the population, this programme is called upon to train and invest in security governance structures, particularly Comités Locaux de Sécurité (CLS) at the territorial level and Conseils Locaux pour la Sécurité de Proximité (CLSP) at the level of chefferies, sectors and communes, in order to be effective in the management of security issues. 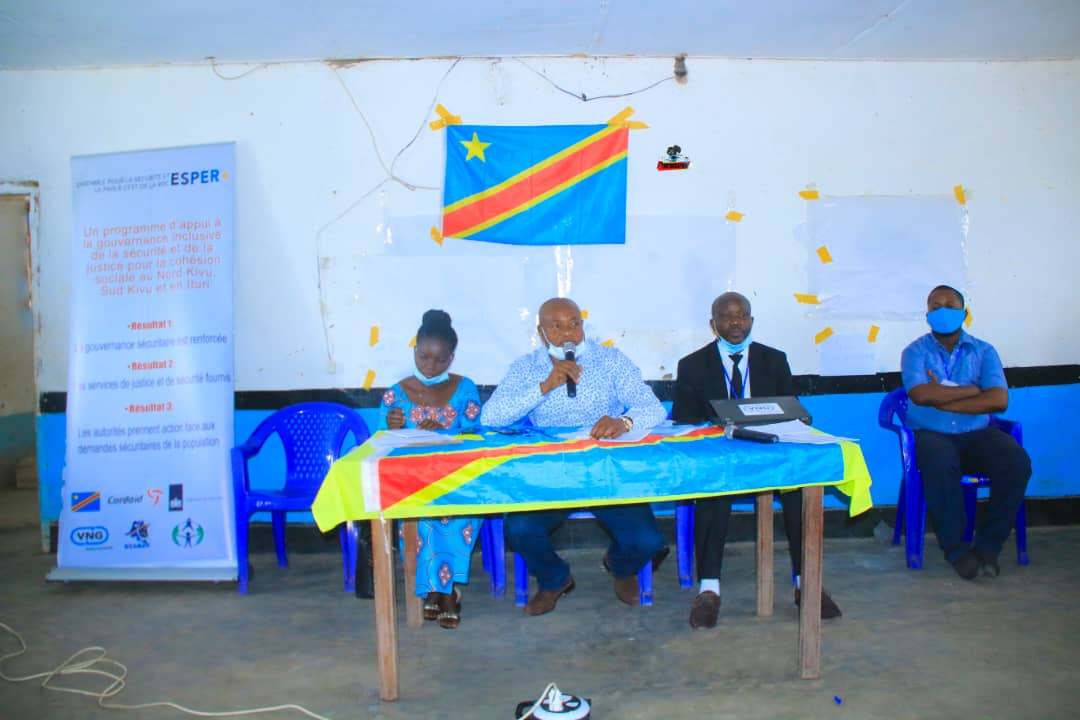 In this context, from 24 to 26 June 2021, a workshop was held in the Komanda trading centre of the Basili Chefferie in the Irumu Territory, under the patronage of the Provincial Inspectorate of the Territory and Administration of the said territory. The aim was to strengthen the capacities of the CLS and monitor the implementation of the Plans d’Action de Sécurité in order to support this structure in the management of security issues in the context of the state of siege decreed by the Head of State in the Provinces of Ituri and North Kivu.

Several categories of participants took part in this activity, notably the heads of the twelve Entités Territoriales Décentralisées (ETD) making up the said territory, the Administrative Secretaries of the ETD, the Administrator of the Territory and his Members of the CLS, Civil Society Organisations, Notabilities and Community Leaders, Representatives of the different social strata (youth, women, men, IDPs and indigenous peoples), Provincial Coaches and finally Experts from the Office of the Provincial Governor.

Many relevant topics were offered to the participants. These included, for example:

During these capacity-building sessions, provincial coaches and VNG International experts exchanged and made tools available for holding and evaluating CLS meetings that can help CLS members synchronise their actions so as to respond effectively to security problems encountered in the management of territorial entities.

In addition to the above subjects, ordinances n°21/015 and 21/016 of 3 May 2021 relating to the proclamation and application of the state of siege in Ituri and North Kivu were also popularised for better understanding and support by the entire population. This allows the ESPER programme to better reorient its strategy and support to the government in this exceptional context in the DRC.

All in all, building the capacity of the CLS remains the preferred way to promote and improve inclusive security governance in Irumu territory during this period of restoration of state authority. It is also a means of supporting a stabilisation process focused on the inclusive implementation of Plans d’Action de Sécurité by the CLS of this territorial entity in order to achieve the required performance in this area.

In addition, the monitoring of the implementation of the Plans d’Action de Sécurité for this territory enabled participants to denounce the administrative, military, police and judicial harassment and so many others that undermine security, justice and social cohesion. The state and non-state actors present at the meeting raised the new security problem of 'kidnapping', which is manifesting itself in the area following the incursions and recurrent attacks against the population by local and foreign armed groups, notably FPIC/Chini ya Kilima, Zaire, ADF, etc.

During the workshop, some notables were enthusiastic about the modules presented and expressed their satisfaction with the way in which the ESPER programme supports territorial and local authorities in the management of security issues in a participatory and inclusive approach.

Thus, to marry theory to practice in the current context, the Chief of the Bahema Chefferie of Irumu, His Majesty BAHINDUKA BAMUHIGA David said: "At the end of this workshop, we are grateful to our partner VNG International and the Congolese state and encourage them to support the ETDs and the territorial administration to raise their level of performance in terms of security and to use the related tools.“