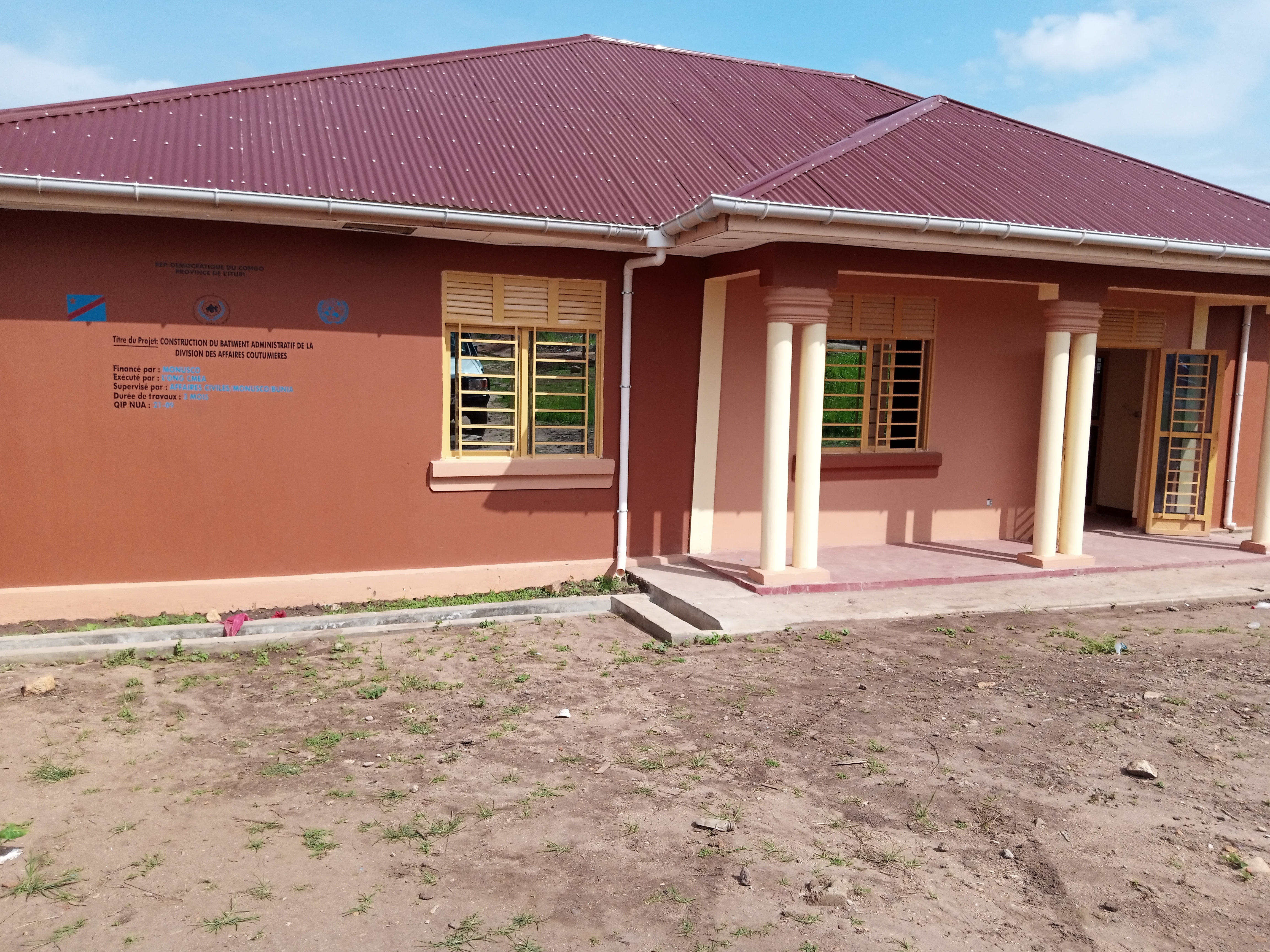 In the Ituri Province, the program "Ensemble pour la sécurité et la Paix à Djugu" (ESPAD) is one of the programs implemented by VNG International in the DRC in partnership with Cordaid, the Forum des Mamans de l'Ituri (FOMI) and Justice Plus. It works to stabilize and improve the performance and quality of services of the territorial administration, justice, Decentralized Territorial Entities, Security Services Forces (Congolese National Police & DRC Armed Forces) and women as actors of social change through their participation in the stabilization and peacebuilding process in Djugu Territory, which is plagued by the activism of armed groups.

Despite efforts to restore State authority, provide quality services to the population, and improve the performance of agents and managers, State and non-State actors, women and youth, the need for comprehensive security remains visible and relevant. To achieve this, from March 12 to 14, 2021 in Fataki, Djugu Territory, the operational and institutional capacities of the agents and managers of the ETDs and the territorial administration were strengthened in order to be more effective, efficient and close to the population. This capacity building was gender and conflict sensitive by involving women, youth and religious denominations, given their positive influence in the management and resolution of problems and their position in the community.

With the assistance of Mr. Jacques BAKAMBU, the elected representative of the Territory of Djugu and Provincial Deputy, the organized activity was an opportunity for the capacitation of State and non-State actors. The immediate effect aimed at was the benefit of security, administrative and legal tools to raise the level of the entities of the said Territory, which has been suffering for decades. Strengthening the authority of the State through the notion of ETD expenditure chains, transparency, accountability and citizen participation was also one of the goals. As the State is recognized as the primary provider of accountability and transparency to the population and stability, such workshops must be continued to further raise the level of public affairs management actors for more effective delivery of state services.

Thus, as part of the restoration of State authority and the return of peace, agents and managers of both State and non-State structures, women and young people, particularly from the Djugu territory, were trained on specific topics in order to equip them with tools for territorial management, good governance, decentralization, security governance in territorial management, budget preparation and monitoring, public finance and the rights and duties of the ETDs, including those of the citizens towards the State.

This concrete knowledge of the management mechanism could bring transparency, equity, collaboration and accessibility of communities to the services of the territorial administration and the ETDs, and include all the accountable parties, as outlined in the ESPAD program.

The Deputy Director of Cabinet of the Governor of the Province in charge of Political, Administrative and Judicial Affairs believes that the activity organized served as a basis for identifying weaknesses whose elimination and achievement of the major development objectives require new actions.

The participants, through their representative, the Sector Chief of Walendu Tatsi, confirm that this workshop was a "breath of relief" in order to address the enormous challenges that hinder the proper functioning of public services, both at the territorial and local levels.

The activity to support the implementation of Security Action Plans organized by VNG International and focusing on changing social norms, reducing abuses against civilians and improving protection measures made it possible to receive the opinions of key actors to raise awareness of mutual trust and peaceful cohabitation between the communities of Djugu. This was done through radio sensitization and recorded messages from key actors broadcast daily on peace, mutual acceptance, rapprochement between communities on the one hand, and with the military and police on the other, tolerance, peaceful cohabitation and change of mentality.

To sum up, the logic of the activity was to improve the knowledge of the agents and executives of the ETDs and the animators of the citizen structures on their roles and responsibilities by equipping them further on the operational and institutional level, to offer a quality service to the population and to contribute to the change of social norms between the population and the Armed Forces of the DRC, the Congolese National Police, the National Intelligence Agency, the General Directorate of Migration. The aim is to reduce abuses committed against civilians and improve protection measures within the framework of the implementation of the Security Action Plan.