Municipalities in Mafraq Governorate in Jordan have been facing a huge influx of Syrian refugees resulting in increased pressure on bigger demand for public services and infrastructure.  The GIZ funded project ‘Improvement of public spaces and green infrastructure’, implemented by VNG International in the municipalities of Al-Sarhan, Bal’ama and Umm Al-Jimal, in the Mafraq Governorate, connects public services and infrastructure.  The project improves green infrastructure and public spaces in communities that host a big number of Syrian refugees. The project also provides income to Syrian and Jordanian workers through a Cash for Work (CfW) scheme. The CfW scheme allows them to gain work experience with a longer-term employment perspective in mind. The municipalities on the other hand get the chance to  lead a process of public space and green infrastructure development and maintenance, with the active involvement of their community. Specific attention has been given to the inclusion of women.

“The project has given us the chance to learn new skills. It also is a welcome source of income. It is good that the project benefits the whole community in my municipality.”
- One of the Jordanian workers involved in the project, September 2020 –

In Umm Al-Jimal the project is done next to the Umm Al-Jimal’s archaeological site.  The work being done will increase the chances of the archeological site being enlisted on UNESCO’s World Heritage list. In Al-Sarhan the project has assisted the municipality to make the Mughayyar park ready for public use.

With the help of over 300 Jordanian and Syrian workers, the project has achieved the following results:

“This project gave opportunities to the most vulnerable in the community, because it built the capacity of workers in different fields and provided them with basic life skills. ”
- Mr. Khalaf Al-Asem – The Mayor of Al-Sarhan -

1. Installation of a mosaic mural at the site
2. Weaving in process in Umm-al-Jimal – to be used for shading at the sites
3. Workers in Al-Sarhan producing one of the murals that will be installed at the ssites 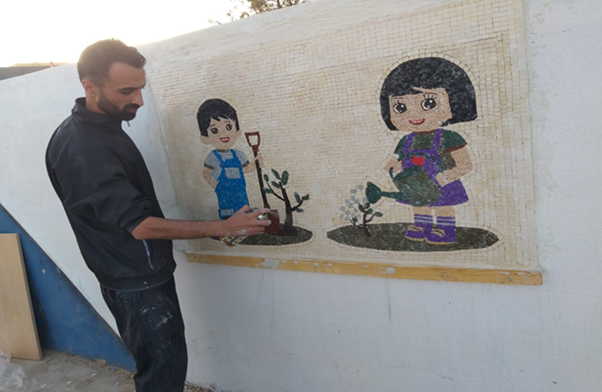 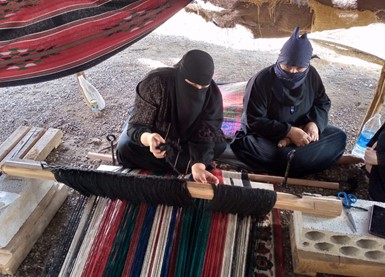 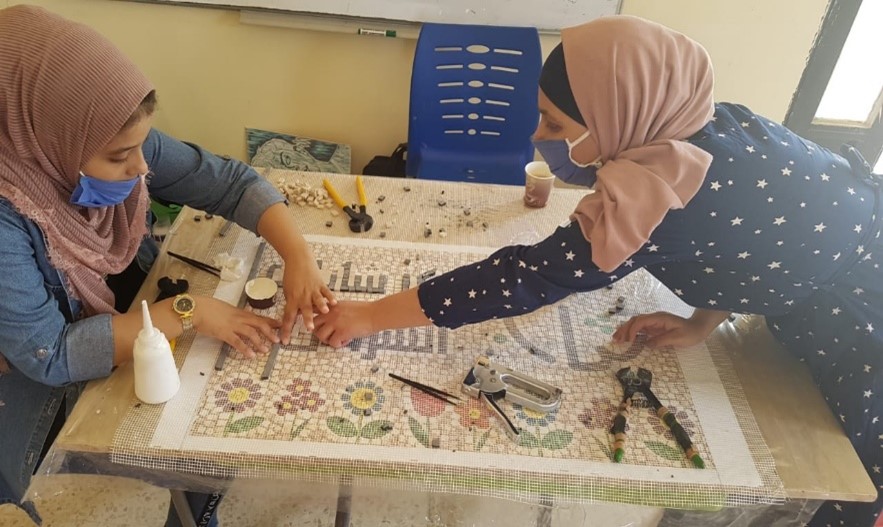