Learning from local safety structures in the Netherlands 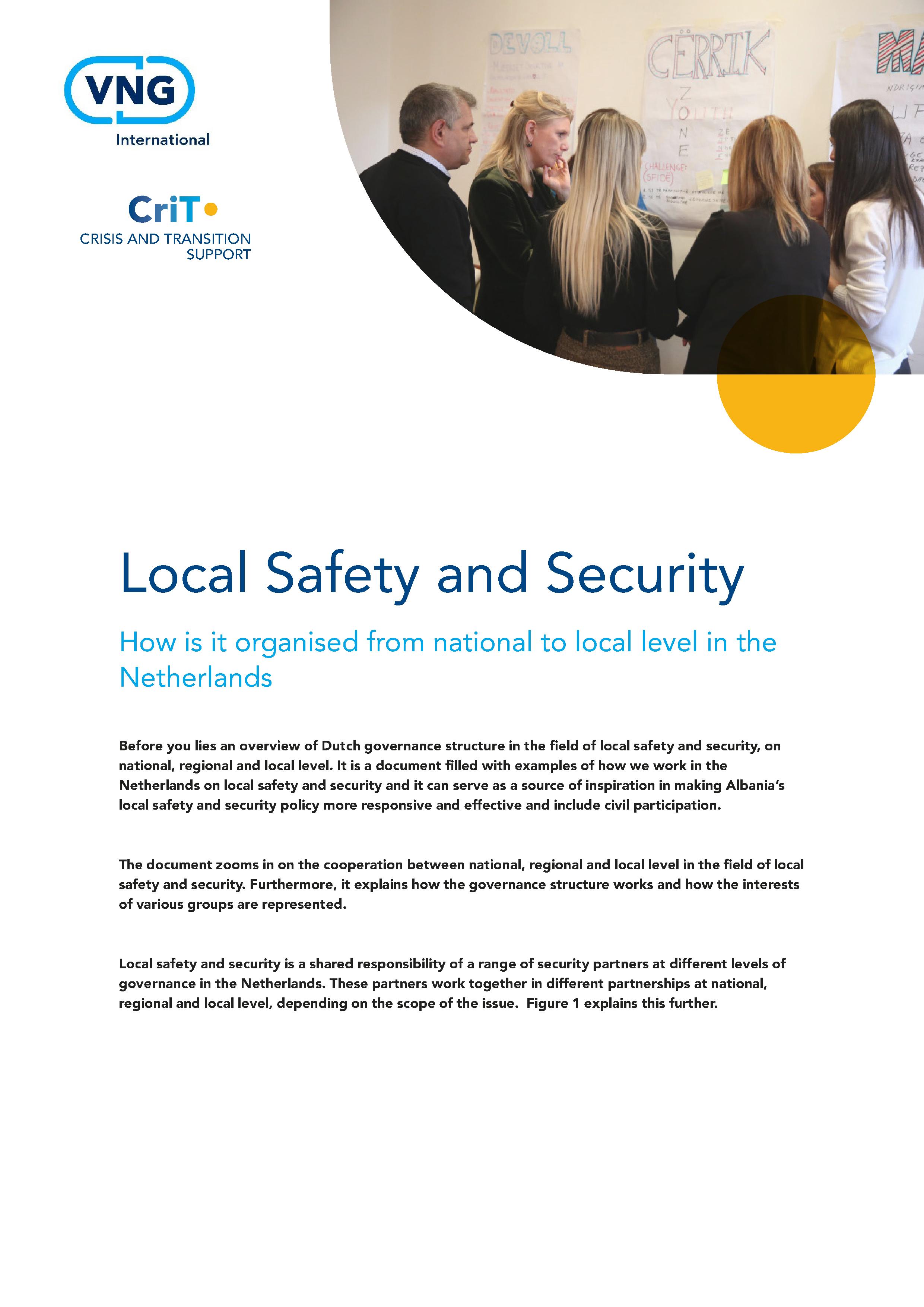 Traditionally, public order and safety have been among the main tasks of the government, and the responsibility locally has been placed with the municipality. The current circumstances with the COVID-19 virus further emphasizes the importance and relevance of this task. As part of the project Effective and Responsive Safety and Security Policies at Local Level in Albania, VNG International has developed an interactive brochure (Albanese version) on this subject matter. Where originally a study visit to the Netherlands was planned for the Albanian partner municipalities and representatives of the national government, COVID-19 threw a spanner in the works and this brochure was produced as an alternative.

The aim is to use the Dutch model to inspire relevant parties in Albania on how a country can organize and coordinate its local safety and security policy. Through short videos featuring a Dutch mayor of a small municipality in the east of the Netherlands (Annette Bronsvoort), the crisis management advisor to the mayor of Diemen (Rob Kooij), and the VNG senior policy advisor public order and safety (Michiel Geuzinge), the various local safety and security structures of cooperation and responsibilities are explained and illustrated. These are combined with concrete local security cases such as the role of the security region during the Bijlmer plane crash in Amsterdam and the recent debate around a national fireworks ban.