Development strategies based on citizen participation and inclusive public spaces 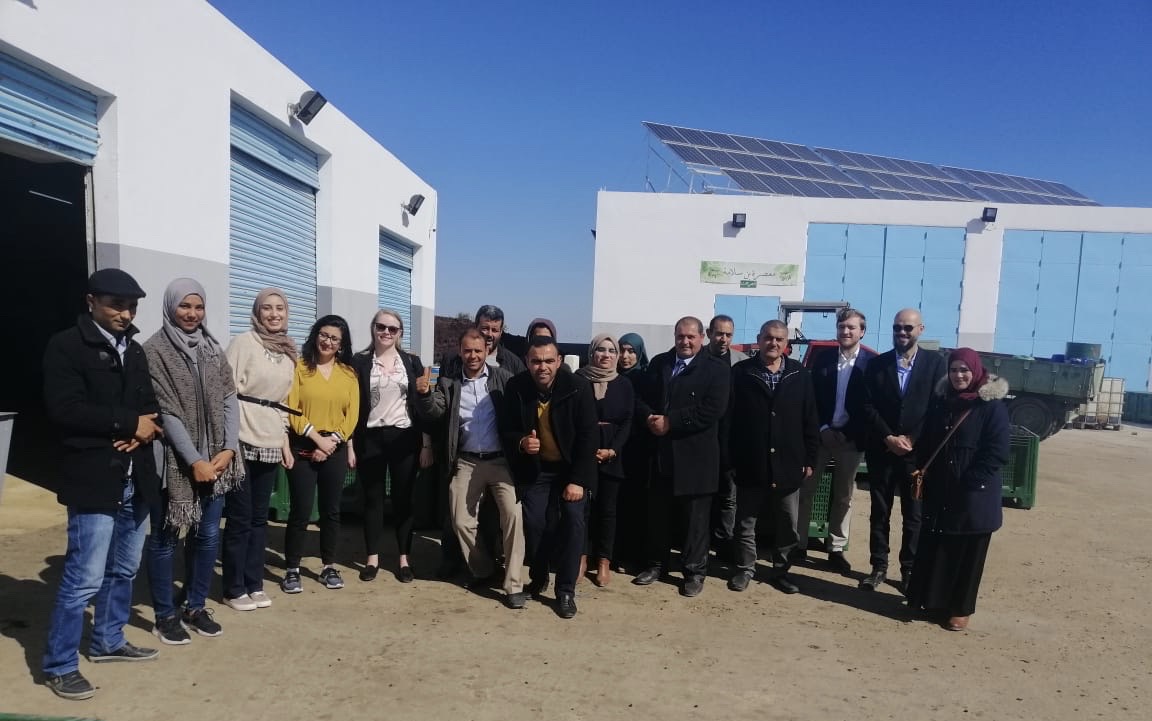 In early February, VNGI and CILG Project Managers together with Ms. Qazal Jamali, first secretary at the Dutch Embassy in Tunis, visited two municipalities, Boughrara and Jemna, in the South of Tunisia working with the IDEMA project. Over two days we met with their mayors and municipal councillors, focusing on what they had worked on over the past year, what the plan for the coming year was, and hearing their priorities and ideas for public space development.

In Boughrara, a newly created municipality, it was clear that although smaller and unexperienced compared to older municipalities, they are strong due to their potential for local economic development and diverse municipal representation. The municipality had worked with experts from the IDEMA project on a City Development Strategy to concretize plans for development economically, socially, and culturally through citizen inclusion. They were eager to incorporate existing practices into development strategizing, such as an annual olive oil festival and providing for a safe and inclusive city for visiting rural women and university students. What the new municipality had learned from working with IDEMA was the value of internal communication, discussing together around one table and prioritizing issues, the importance of citizen participation, as well as the fact that plans and strategies should derive from the municipality itself as the lead actor.

Jemna, an older and larger municipality, had motivation to work on municipal investment projects with the available national funds and improve citizen inclusion and participation in municipal planning and strategizing – kickstarted while developing the last Annual Investment Plan together with IDEMA experts. The municipality’s ambitions for the future include continuing with efforts for conservation of the oasis, together with a civil society group preserving and expanding vast palm tree farms, and thereby bringing economic opportunities by becoming an actor in regional and national date trade.

Both cities’ public spaces showed potential for being both economically rewarding – such as renovating souks for inclusivity and regional trade – as well as socially and culturally unifying – spaces for youth, children, and families, as well as for communal festivals and events. Next to assisting other municipalities with their strategies, the IDEMA project will begin to work with these and other municipalities on public space management through pilot projects to improve public spaces and contribute to municipal development.