After discussions with the Minister of Local Governance of the Libyan Government of National Unity, the Ministry of Local Governance (MLG) has signed a Memorandum of Understand (MoU) with the European Union, VNG International, GIZ, and the University of Kehl, for the establishment of a Libyan national training institute for local administration cadres. 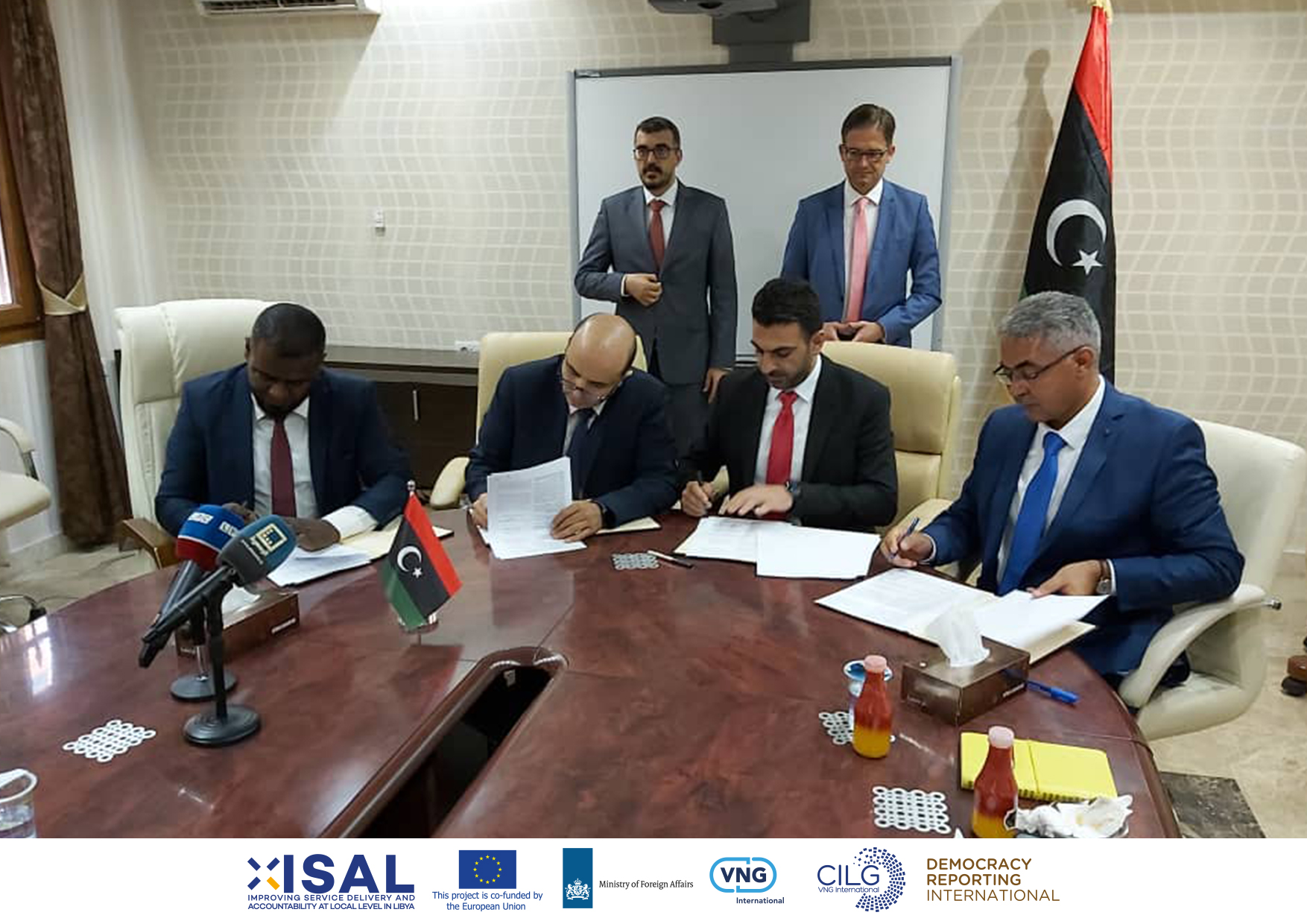 A visit by the MLG to the neighbouring Federation of Tunisian Cities with VNG International’s Improved Service Delivery at the Local Level (ISAL – co-funded by the EU and the Netherlands), led to the request for VNG International and GIZ, as EU implementers in both Libya and Tunisia, to support exploring the possibilities of establishing such a training institute under current programs in Libya.

The MoU will allow for VNG International and GIZ, through their programs funded by the EU and their respective governments of the Netherlands and Germany, to provide on-going capacity building to local governance in Libya. We will do so by “supporting and implementing this strategic project for the benefit of Libyan municipalities”. 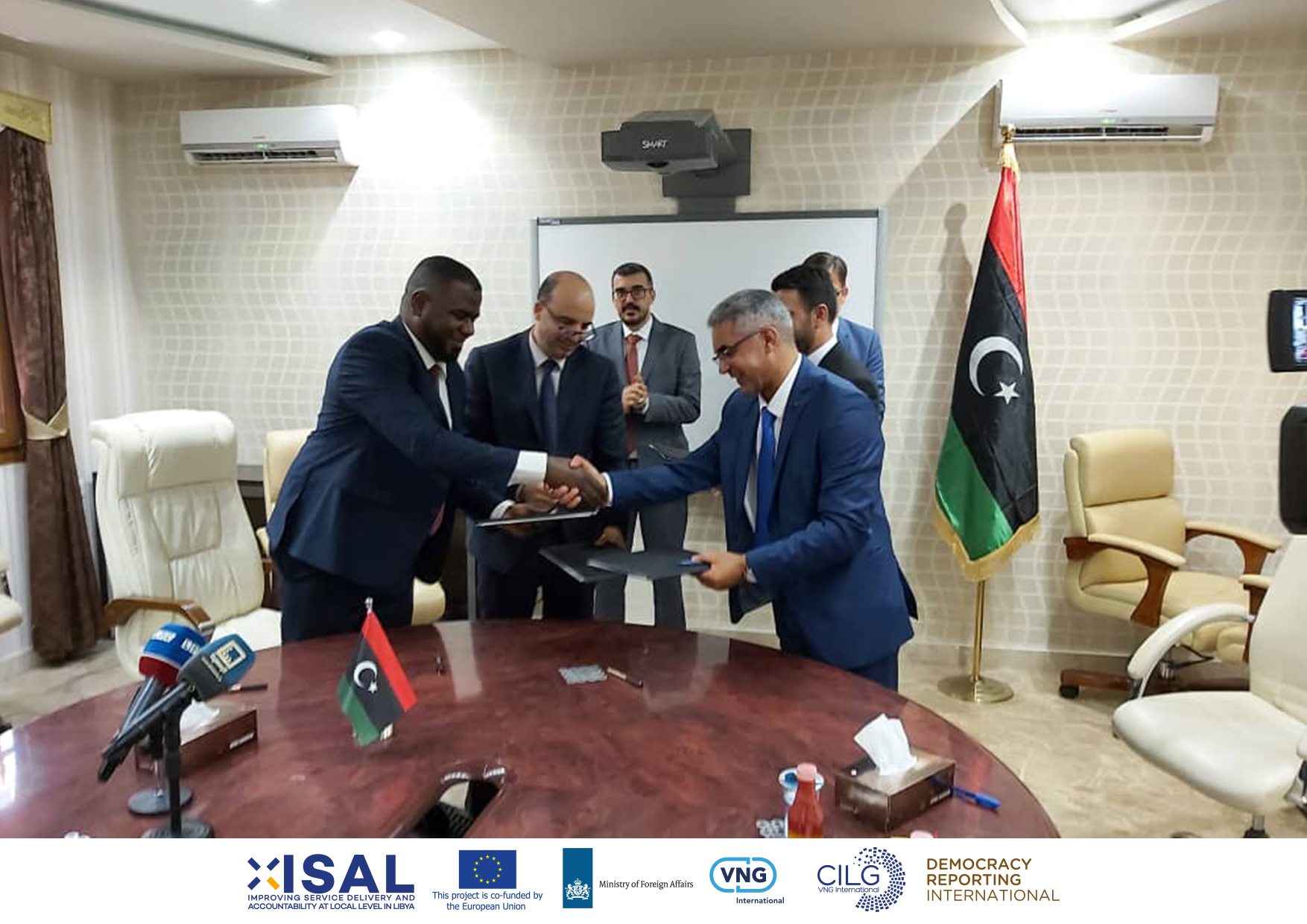 The project aims “to establish a modern and sustainable institute to train local administration cadres in Libya with the highest quality standards and based on the real needs for skills and knowledge that must be available to the elected representatives and technical, administrative, and financial cadres in Libyan municipalities”.

In his speech, the Minister acknowledged the role VNG International has played in supporting local governance in Libya since 2012 and expressed his gratitude for our on-going efforts, including our support to the establishment of this training institute.