Localising the Global Goals at the HLPF 2019 in New York

Last week, Jan van Zanen, Chairman of the Association of Netherlands Municipalities (VNG) attended the High-Level Political Forum 2019 in New York, as part of the official delegation of the Kingdom of The Netherlands. My colleague Jessie and I supported Van Zanen during his trip to New York.

Local and Regional Governments’ Day: meeting the President of the UN General Assembly

On the Local and Regional Governments’ Day hosted by the Global Taskforce of local and regional governments (GTF) and United Cities and Local Governments on Monday the 15th of August, Van Zanen discussed and exchanged on the current state of affairs of implementing the 2030 agenda with various representatives of other associations and cities. The President of the UN’s General Assembly, ms. María Fernanda Espinosa, delighted us with her presence.

"The only way to achieve the 2030 agenda is to localize and see the importance of subsidiarity. A lot is being said about the need to walk the talk these days. Well, local governments do walk the talk. You are the human face of the global goals, you are connected to the issues we care about.“

On Tuesday and Wednesday the two-day Local2030 event, facilitated by UN DESA, took place: two days of discussions on how to better achieve the SDGs, with and by local governments. Another highlight was the EU Breakfast meeting on July 17th with Stefano Manservisi, European Commission Director-General for International Cooperation and Development. At this meeting, Manservisi reiterated that the next Multi-Annual Financial Framework of the EU will also create space for international cooperation among local governments. Last but not least, a group of mayors met with UN Secretary-General António Guterres. 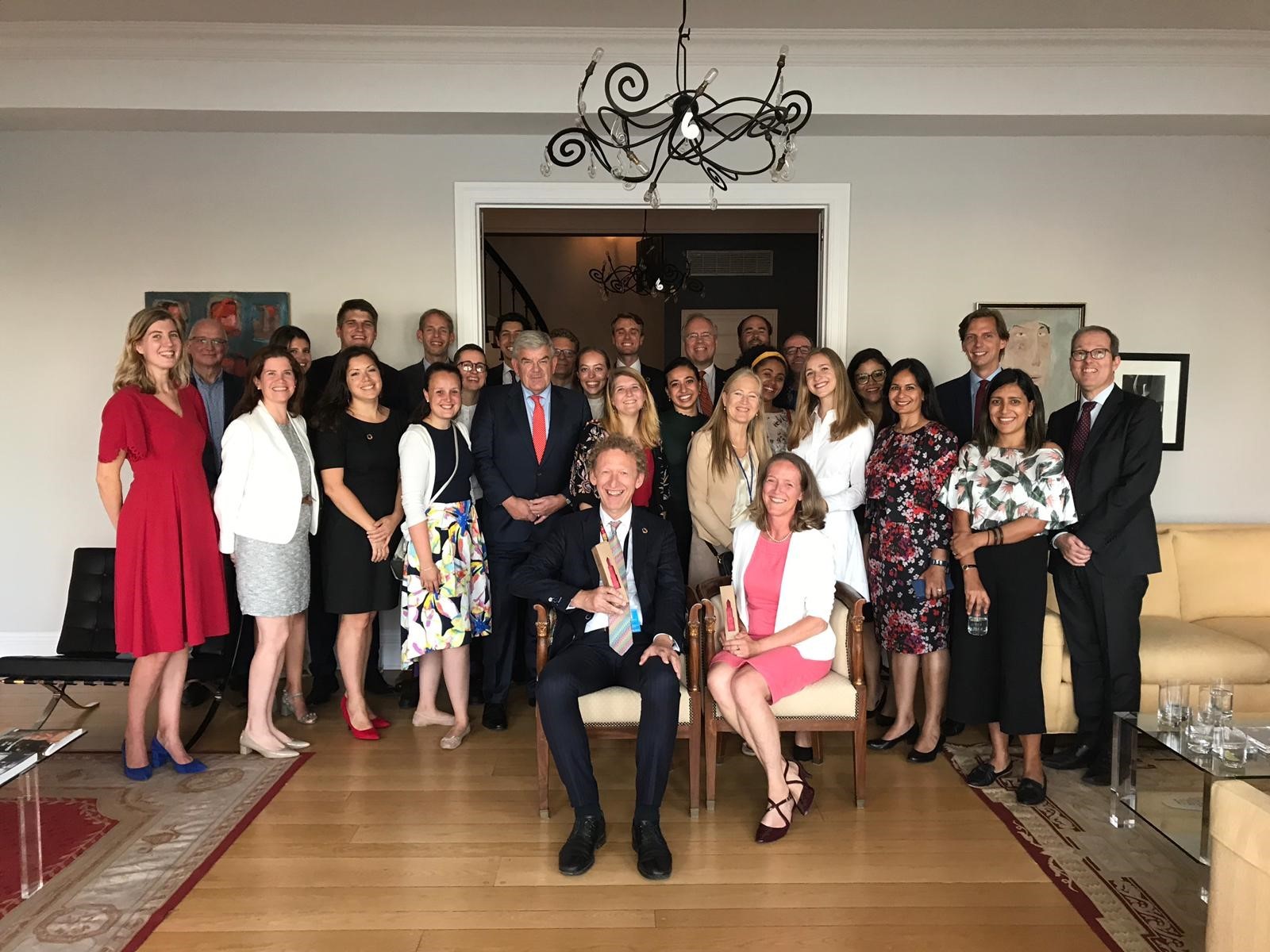 Of course this is only a small impression from the various meetings, sessions, labs, side events and bilateral meetings at the HLPF 2019; let a side all the impressions of the amazing NYC. Please feel free to contact Jessie or me for further experiences, more concrete output or questions on the forum.