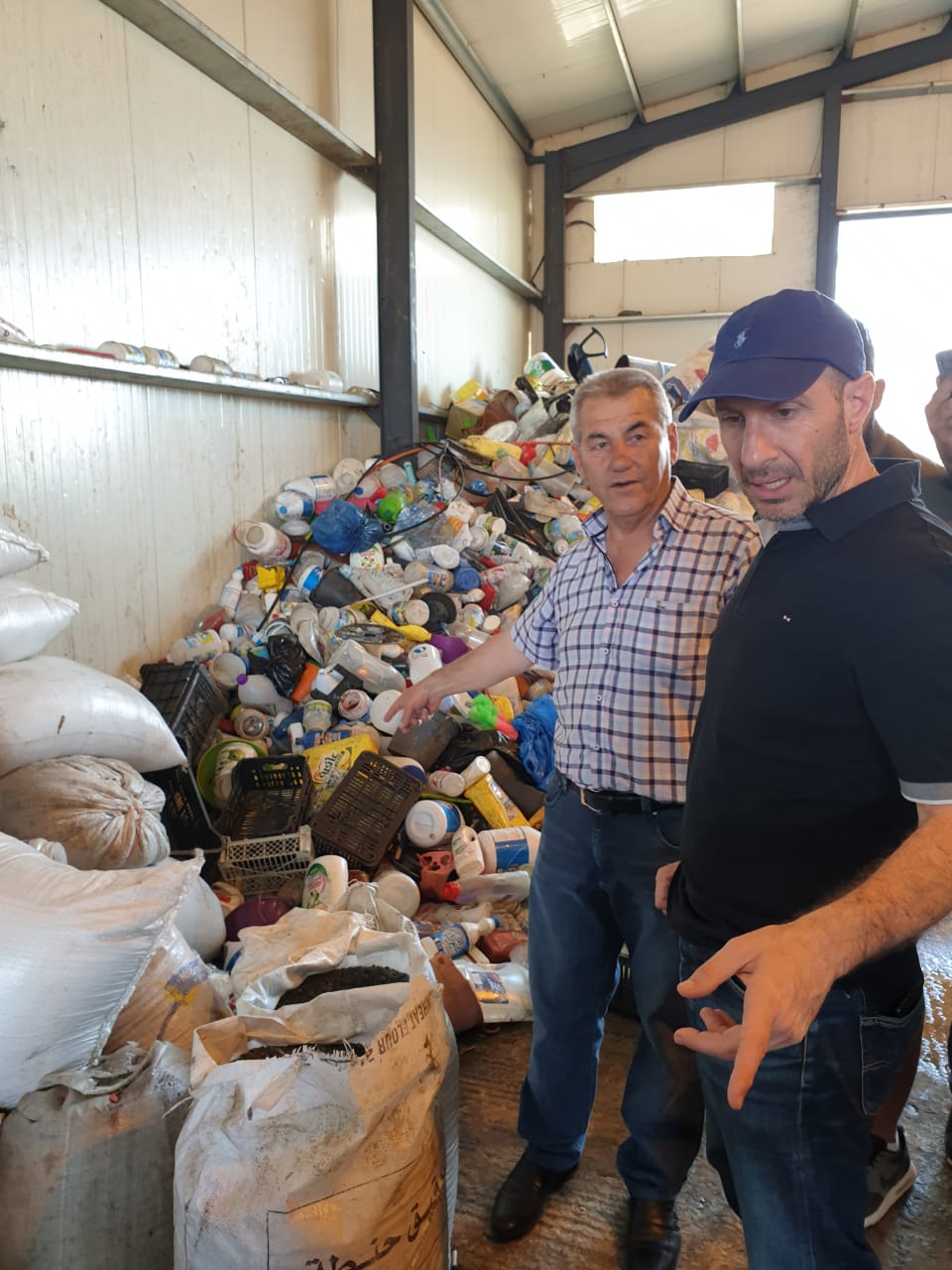 His Excellency the Minister of Environment of Lebanon, Fady Jreissati, was welcomed by the municipality of Manara and VNG International on June 22nd to inspect the innovative sorting and recycling system of Manara.

During the visit, the Minister was shown the paper and plastic facility. The facility is used to store sorted recyclables before they are sold to local recycling companies. This facility built by VNG International and is a centrepiece to the new sorting and composting system of the municipality. The Manara-system achieved a reduction of untreated waste by 84% in two years after initial adoption. The system was introduced as part of the Local Government Resilience Programme (LOGOReP) and based on expertise from the Dutch municipalities of The Hague and Almere. LOGOReP is financed by the Dutch Ministry of Foreign Affairs.

Mr. Jreissati was welcomed by the mayor of Manara, Mr. Hassan Ayoub, at his own home. Mr. Ayoub started by thanking VNG International and the municipalities of The Hague and Almere for their continuous support throughout the three years of LOGOReP. During the visit Mr. Ayoub explained to the Minister how VNG International worked with the town’s inhabitants to sort four different types of waste at the own home: PET bottles, OPC, Organic Waste and Residual waste. Furthermore, the mayor showed how his municipality was trained on optimizing the waste collection and disposal of the four waste streams, including the composting process and operating the recyclables storage facility. Finally, Mr. Ayoub, strongly recommended the Ministry of Environment and other municipalities to adopt the Manara model across Lebanon.

After the discussion, the Minister and the mayor visited recyclables storage facility together. His Excellency said he was impressed by what he saw and commended the Manara-system as a model of empowering local governments and training them to do the right job. From checking on bales of cardboards and PET bottles to overlooking shredded HDPE and sieved compost, the minister and his team were pleased by what was on display, strongly encouraging the municipality and VNG International to continue their efforts.